Greetings from The River of Boiling Water where the weather can’t make up its fucking mind and a local brewery is having their annual release party of a beer named after the King of Fairies. 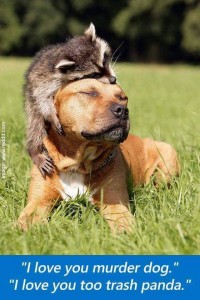 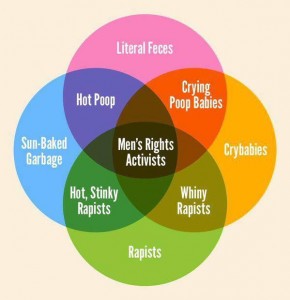 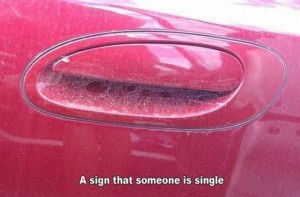 I really don’t want to sound like a broken record with all the stuff going on about encryption as of late, but it’s a really big deal. Remember in 2014 when all those celebrity nudes got leaked from iCloud accounts? Turns out that was done by hackers using a tool that was designed for government agencies. Also, the LGBTQ community shows why encryption is important, even if you think it’s not. I’m really trying to drive this point home, because you might be someone who believes that intelligence is inherent, and you might be overestimating yourself. Speaking of smart people, these three dudes can’t play their local pub quiz anymore because they kept winning. (YOU’RE WELCOME BALLS DOWN.) There was also a guy who thought God would save him, but the lions said “Nope.” T-Mobile won’t count porn towards your data if you subscribe to Binge On.

My local trivia game of choice has gone away, making me very sad. I’m not saying it had anything to do with the way my team pulled out its (final) win, but it IS interesting.  Most of my weekend was spent working on getting my stupid moped to run (SPOILER: IT’S STILL NOT RUNNING WELL ENOUGH TO RIDE IT.) And another local brewery had their Bourbon Barrel Aged releases.

An amazing essay by Kevin Powell.

An interview with Alan Moore on the art of Magic.

An article on the effects on libraries and librarians in a post-Snowden world.

Absolutely gut wrenchingly beautiful issues 6 and 7 of Bitch Planet. (I MAY NEED A TISSUE JUST THINKING ABOUT IT.)

Nothing says “work on mopeds” like punk rock, apparently.

The latest installment of The Night Manager has prompted me to think I need to wait for the next two episodes to come out before I watch it again because I WANT TO WATCH MORE OF IT. Also, it contained a John le Carre cameo!

I ALSO HAZ VIDEOS FOR YOU TO WATCH!

Here’s a pilot for an unaired show called “A Drink With Shane MacGowan”. Pretty much does what it says on the tin, features Chris Penn, Traci Lords, and Johnny Depp.

If that’s not enough, here’s this amazing short staring DEVO:

And a Miss Juggalette Pageant:

After losing to Barcelona 1-3 to go out of the Champions League, Arsenal saw a potential return to form on Saturday, winning 2-0 at Everton. The first goal coming through Ozil and Alexis to Welbeck and the second goal from Alexi Iwobi on his first Premier League start.

Greetings from a damp and gloomy River of Boiling Water where I can’t even keep up with self-made deadlines. Sorry for the lack of post last week, but I promise this one will be just as adequate as ever. 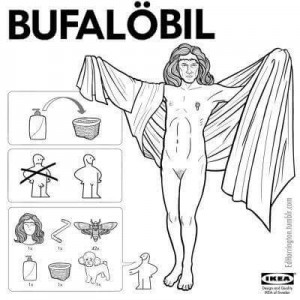 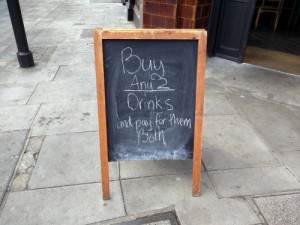 President Obama has announced that he will nominate Dr. Carla Hayden as the next Librarian of Congress, which is awesome because she pretty much revolutionized the Baltimore public library system, is a huge opponent of the DMCA, actively fights against surveillance, and supports open access to the internet. Speaking of fighting against surveillance, none other than John Oliver has spoken up in support of Apple denying the FBI’s request to open up it’s software for surveillance. The cofounder of AOL has passed away at the age of 76. A man who gave his name as “Jonny Frackoff” in Farnborough, England has dressed up as a speed camera to protest government surveillance.

Meanwhile some clown was smoking meth in a Waffle House, and Santigold has a new video that YOU can star in.

It’s been a lot of busy doing nothing around here lately, though I have spent a lot of time trying to get one of my mopeds running, as well as seeing Deadpool for the second time (still just as good and could watch again), and becoming slightly addicted to Baseball Highlights 2045.

In addition to the aforementioned Deadpool, I also recently watched Belle, which was quite good. I’ve also been enjoying The Night Manager which I think will be coming to AMC sometime soon. Quite good, and based on the John Le Carre novel of the same name.

It’s been a very rough week to be an Arsenal fan, after a loss to Swansea, a draw to Sp*rs, and the exit from the FA Cup at the hands of Watford yesterday. I am not looking forward to the Barcelona match Wednesday, and I feel the weekend trip to Everton will be a tough one as well. Fourth place is still a trophy, right?