Greetings from a dreary and dismal River of Boiling Water, where we’ve been given a reprieve, it would appear, from the snow, but instead we just get a huge wall of grey. I’m older than my young glasses would make me appear, so let’s just get the hell on with it. 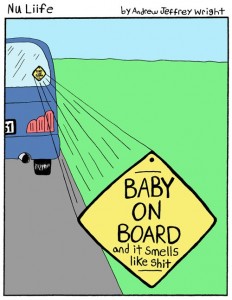 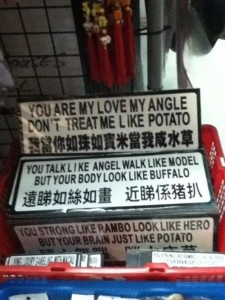 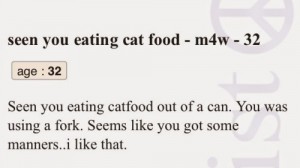 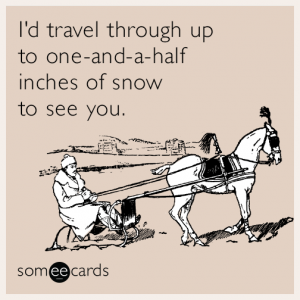 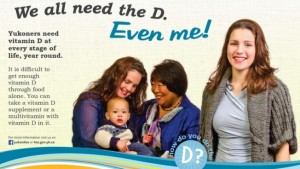 Very few of your friends on Facebook are people you would turn to in times of emotional crisis. Italians covered up nude artworks in anticipation of a visit from the Iranian president. A filmmaker protested against UK film censorship by forcing them to watch over 10 hours of paint drying. A Swiss email provider is fighting a new surveillance law. A photo of a potato sold for over a million dollars. A Republican strategist said that most of most of Donald Trump’s supporters were “childless single men who masturbate to anime”. Google announced that they have developed a computer Go-playing program that can defeat humans. Winter Storm Jonas caused a spike in Tinder matches. Supernatural dolls can now get seats on a Thai airline.

I had a birthday, and there was a lot of things going on with that, culminating in a very lovely dinner at Principle where I had a mushroom broth that I’m pretty sure was made from unicorn tears.

Sandman is still on hold, as I’ve been busy at work and pretty much when I’m done with that I want something more passive than even a graphic novel, so there’s been a lot more television. I did get a few chapters of The Devil You Know in and it is so good even the second time round. Of special internet note were the newest T-Nehisi Coates article on considering reparations (which if you haven’t read the original one, do that first.) as well as this very interesting article about a neurologist who had brain surgery performed on himself to be able to record neurological pulses.

Finished Jessica Jones, finally saw Gone Girl and since I had a boatload of laundry to catch up on I even watched the schlocky Dungeons and Dragons, which was pretty unimpressive UNTIL TOM BAKER SHOWED UP. When he left it was unimpressive again. Also wrapped up season four of The Great British Bake Off.  I have been told that there is also a great Irish bakeoff, which I am interested in. I also started watching London Spy; it’s been really slow so far, but it’s only 5 episodes total, so I will probably still finish it.

A heavily rotated Arsenal beat Burnley in the FA cup 2-1. Of note in the match were the return of Alexis Sanchez and Tomas Rosicky, as well as the debut of Mohamed Elneny, and the interesting deployment of Alex Iwobi as a central attacking midfielder. It wasn’t a very pretty match, but it got the job done.

Greetings from a recovering River of Boiling Water where I am recovering from some weekend travel and thinking that Monday has come FAR TOO EARLY this week. 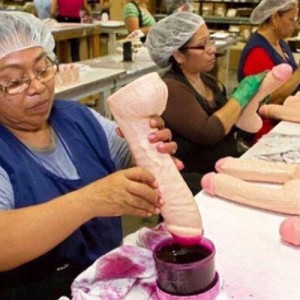 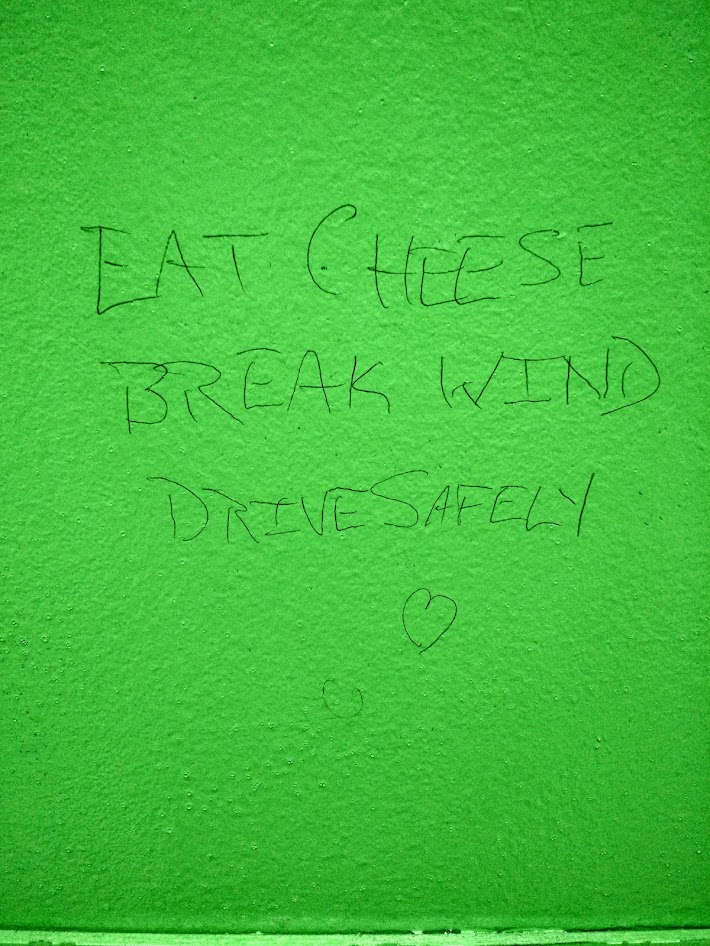 New York started offering free wifi hotspots in old pay phone booths, which instantly turned into another type of hotspot altogether. Stephen Hawking said the only way humanity will survive is if we get the fuck out of here. The Manosphere was revealed, and it’s as digusting as it sounds. Facebook started supporting Tor based connections, allowing people to securely post neverending gripes about snowstorms. Darth Vader onesies are force-choking babies. A politician in Hawaii thought using Tinder as a campaign tool would be a good idea, “I thought the one-on-one interaction would be great, but it just leads to other things.”  The Doctor is genderfluid.

Even IKEA thinks you have too much shit.

All my boardgaming nerd friends are gearing up to go to Whose Turn Is It Anyway? I’ve just returned from a trip to Indianapolis which is a bit of an odd bird of a city. Their downtown is connected by a skywalk system that they’ve converted into a shopping mall. If this sounds terrifying, that’s because it is. In attempting to find a shortcut to a cocktail lounge we stumbled into it and tried to scamper out like drunken rats only to end up in what I can only assume are the bowels of the city, having to navigate around through a puddle of automobile drippings and rendered human fat. It was unappealing. We were able to find a delightful place for brunch called Milktooth where the cocktails and food were so delicious we contemplated just staying there for the whole day. Instead we walked around the city a bit and along an old canal. A CANAL OF FAILURE, as it turns out. We also had some delightful drinks at LIbertine and a very enjoyable Sunday afternoon in Broad Ripple. On the way home, we stopped in at Niles, Michigan to see the remnants of the Niles Ice Sculpture Festival: 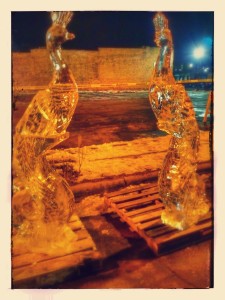 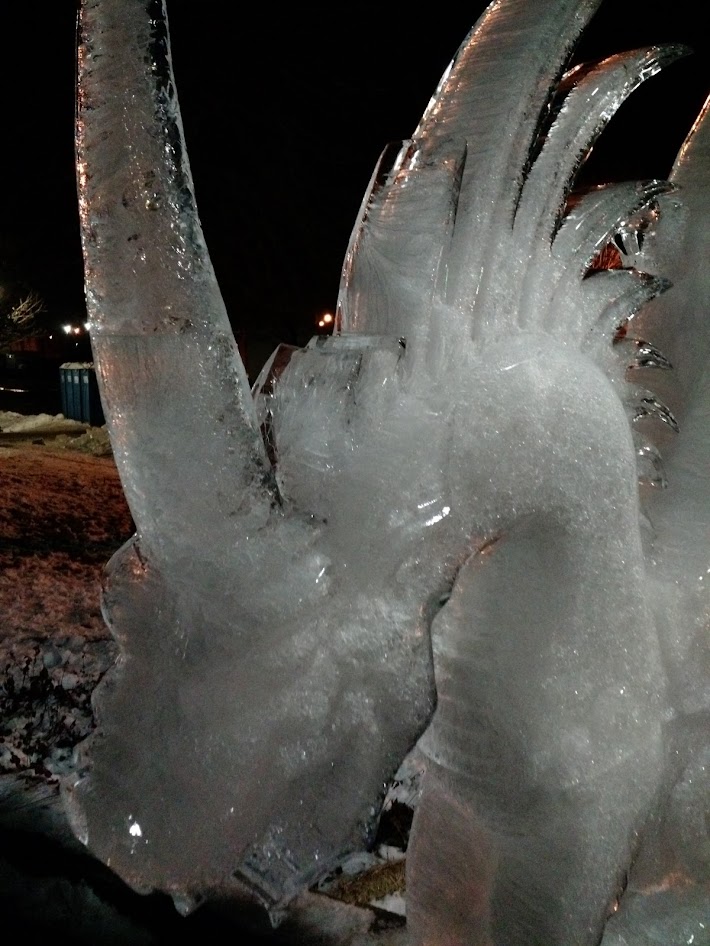 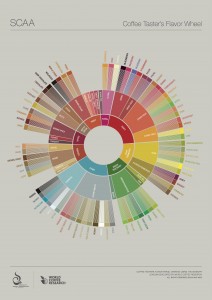 Sandman got put on hold for a bit.  I picked up the ruleset to Fiasco and have been looking over that. Looks interesting, though it might be hard to find people to play with, it seems very dependent on the personalities of the players. The Devil You Know reread has progressed as well. .

All but the last episode of Jessica Jones. Definitely getting a little stretchy in episodes 10 and 11, but not the worst. Also watched A Million Ways to Die in the West because I was tired and wanted something mindless to watch. Check. Also watched a bit of Great British Bake Off, only to learn that they will be showing the 4th season (which I am watching now) as the second season here in the states. This makes no sense.

Arsenal lost to Chelsea 0-1 after playing with only 10 men for most of the match. I take personal responsibility, as I wore neither my Arsenal top nor supporter scarf while watching the match. (I was unsure I would be able to follow it at all, but then we stumbled into a nice little pub in Broad Ripple and one thing led to another.) So Gunners fans, I apologize. I’ll make it up to you somehow. At the dawn of the 19th century, naturalist Alexander von Humboldt invented the “thematic map,” pioneering infographics through the likes of maps annotated with zoological life, temperature, elevations, and other data meant to present an area’s “physical phenomena into one image,” according to this profile on Atlas Obscura.

Above, “a plate from Atlas of Alexander von Humboldt’s Kosmos, illustrating the composition of the Earth’s crust via color-coding.”

Below, “a snowflake of clocks illustrates world time zones, with Dresden at the center. ” 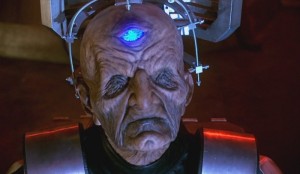 Everytime you see a headline about the World Economic Summit, replace “Davos” with “Davros”.

Greetings from A FUCKING FRIGID River of Boiling Water where it is COLD and there is snow and ice and it is very pretty but the temperature is only in the single digits and that is just not a proper place for a human to live. DID I MENTION THE COLD? It’s also beer week, so I guess there’s that. 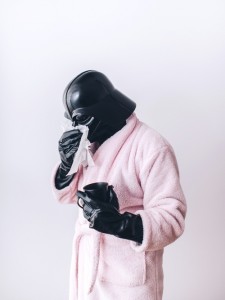 David Bowie died. Alan Rickman died. The world was really sad but listened to a lot of REALLY good music and watched a lot of REALLY good movies because of it. So in that way, the world got a little better because we all got reminded that even though there are terrible things going on in the world, there’s still some great things that are coming out of it. Speaking of terrible things (HEY LOOK A SEGUE), a town in New York has decided that their town seal TOTALLY ISN’T RACIST….

Other things died this week too, just no one gives a shit when it’s internet explorer. No one wants to buy the Silence of The Lambs house. Someone made a computer out of dominoes. Alchemy it turns out might not 100% pure bullshit. Sugar gliders are the new cats. A guy in Ohio didn’t like the mugshot cops were using to try to find him, so he sent them a selfie. The WHO said West Africa was free from Ebola. Ebola replied, “O RLLY?”

My friend Iris has a new project where she goes and visits tiny towns.

My friend Chad was interviewed about mopeds on the Chit Chat podcast. It’s beer week here, and everybody is doing something with beer, which is fine by me. We went to see the Del McCoury Band which was great because they are pretty incredible, but the bands that opened up for them were total shit.  So shit I don’t want to even tell you who they were for fear that you will go and try to listen to them and then you will be mad because you had to listen to shit and you will say “GODDAMMIT WHY DID I LISTEN TO THIS SHIT?!?  OH RIGHT BECAUSE OF THAT LINK IN GEE’S NEWSLETTER.  DAMMIT GEE.” We had some awesome fondue.

I made a really great punch and you should all go and try it:

Stir together bourbon, amaretto, and sour mix in a large pitcher. Add champagne slowly, so it doesn’t overflow your pitcher. Stir. Serve over ice.

1.5 tablespoons of orange zest
1/2  cup sugar
1/2 cup water
1.5 cups fresh orange juice (I would have used blood oranges if I could have found the things, instead I used cava cavas).

MOAR SANDMAN. This week I finished volumes 6 and 7 and started on number 8.  I also realized that the library doesn’t have volumes 10 and 11, so I may have to buy those. Eventually I will finish this series and start reading other things.  I’m also re-reading The Devil You Know by Mike Carey, even though I just read it at the end of the year. I’m re-reading it in prep for reading Carey’s The Girl With All The GiftsThe Girl With All The Gifts which I got for Christmas.

I watched The Jam: About the Young Idea which was pretty good, and resulted in a lot of The Jam and other new wave/mod stuff showing up in the Top 10 this week. Weller comes across as a bit of a dick, but a hard working dick and committed to his ideals. It’s also fun to watch anyone take the piss out of the Sex Pistols. I also watched more Jessica Jones (should really try to finish that soon). There was also some Great British Bake-Off, which if you aren’t watching, you should, because it shows you exactly what is wrong with every other cooking competition show out there. Seriously, go watch it right now.  This missive is over and the last section is about Arsenal anyway and most of you don’t care about that so just go now and watch it. You will thank me.

A frustrating draw with Stoke City sent Arsenal to the top of the league again. Apparently Ozil was left out of the squad due to a minor foot injury, so hopefully he will be back soon. Word is that Alexis should be back shortly as well, and we’ll also get to see the new guy Elneny probably in the next match. In related news, there was a great article in Quartz about the EPL and value for money. In Cary Huang’s evolution simulator, one first generates 1000 random geometrical beasties. Then one watches them iterate until equilibrium prevails, commanding the most successful to reproduce and decimating the failures. The measure of the monster is how far they can flop and wobble along in a simple a 2D landscape: most fail rather fast and hard.

(The game window will start out too large for the website: scroll down and click the “full screen” icon at the bottom of the window.)

The wireframe life forms remind me of an early and massively-overhyped “evolution simulator” called Eco, released in the late 1980s for 16-bit computers.