Greetings from a snow dusted River of Boiling Water (NO NOT THAT ONE) where things seem to be going just ok. 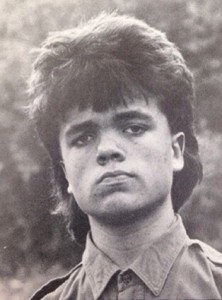 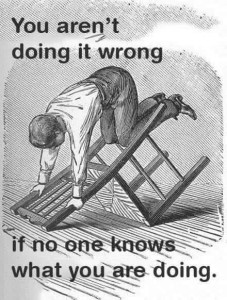 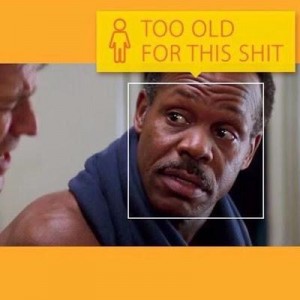 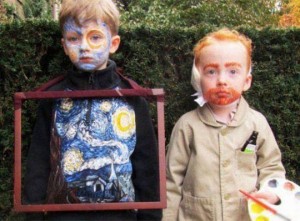 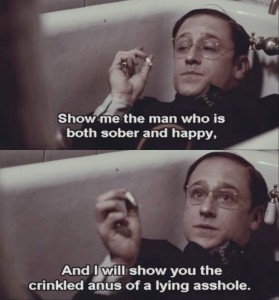 The internet thinks Ted Cruz is the Zodiac Killer. Uganda tried to block out social media in an attempt to control elections, but Ugandans got around it. Fat penguins are not as good at waddling as thinner penguins. A city in Canada wants to track criminals in their town with technology that doesn’t exist. A unicorn got a time-out for being naughty. Eric Holder wishes he was Kareem Abdul-Jabar. A woman in Romania knitted a coat out of her own hair.

Why do we encourage girls to be scared? A man gets hacked because he asked for it. The guy who created the worst Atari game in history claims it was Spielberg’s fault.

It’s been a busy week with work, but I did get a chance to work some more on my moped, but it’s still not running the way I want it. It was warm enough yesterday that I could roast coffee, which is great, because I had some really not good stuff from a local roaster and needed a palate cleanser.

Finally finished The Sandman. It was just as good as everyone ever said it was. Thanks for pretty much every friend of mine ever for recommending it.

This piece by Laura Munoz

Also the 100 jokes that shaped modern comedy. I am still not funny.

Speaking of things that aren’t funny, Ernest Goes to Camp does not hold up. I’ve been watching Borgen, and have also become completely fascinated by Insert Name Here. Quite possibly one of the funniest British panel shows out right now. And yes, I’m including QI in that list.

I also watched Trapped, which aside from not knowing how to pronounce any fucking character’s name was not too bad. There was also 30 Degrees in February which I just couldn’t get into.

After an absolutely maddening performance against Barcelona ended with the visitors wining 2-0, Arsenal somehow couldn’t get their shit enough to beat a Manchester United team that was missing FIFTEEN first team players, losing 3-2. Title chances aren’t gone, but coming back is going to take SCORING GOALS and it wouldn’t hurt if Leicester lost a few.

Greetings from the River of Boiling Water where I had planned on leading with this story about a mentally ill guy here stabbing someone because voices told him that she had “cut off the head of god”, but then, we have one nice day of weather and it causes some Uber driver to go nuts and start killing people.  The town is reeling, and details are still being revealed.  Is the time to get out now? 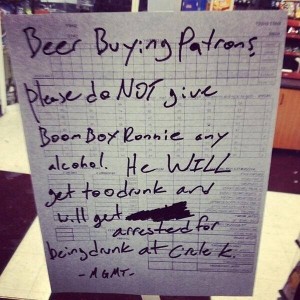 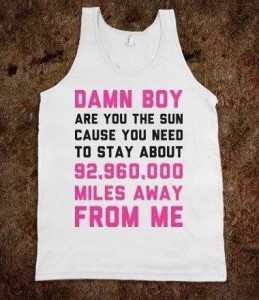 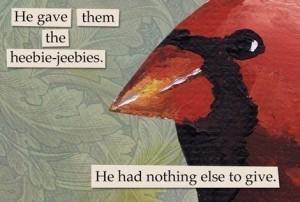 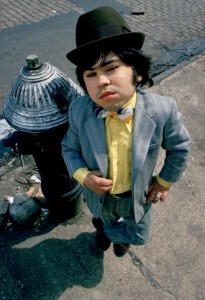 Apple decided not to buckle to government pressure to create a backdoor into iOS, and a judge in California ruled that the Electronic Frontier Foundation can conduct a discovery against the NSA. This is a HUGE fucking deal, because it’s the first time in HISTORY that someone will be able to get details about the warrantless surveillance conducted by the NSA. Your parmesan cheese may be full of wood pulp. Hijab Barbie is blowing up Instagram, while venture capitalists may be less likely to fund women’s startups because they have stay-at-home wives and male biology students consistently underrate their female peers and hey, hoverboard porn is a thing now. Cars still provide higher profits, but in 2015, Volkswagen sold more sausages than automobiles.

Not a lot going on really, other than I finally got a chance to take the moped out yesterday and did some much needed maintenance, such as replacing it’s tires, which given that they were the original tires, meant that they were as old as I was. I also flushed a bunch of junk out of the tank, but it’s still got some problems, just need to get a moped guru to take a look at it, because it’s beyond me at this point.

Didn’t have a lot of chance to get anything read this week, but hoping that changes soon. My comics list is piling up quick, and I’d really like to finally knock out the Sandman.

Rewatched The Prestige this week, and it was just as good as I remembered it. The Bridge Season 3 was a gut wrencher.

My friend Scott sent along a link to this video:

A heavily rotated (BUT STILL TALENTED ENOUGH TO BEAT HULL) drew against Steve Bruce’s Hull City in a scoreless affair. Normally I’m not one to blame the referees, but Mike Dean should be ashamed of himself for missing not 1 but TWO clear penalty calls.

Greetings from The River of Boiling Water where we have single digit temperatures, snow and ice on the ground, and I do my best to stay indoors. 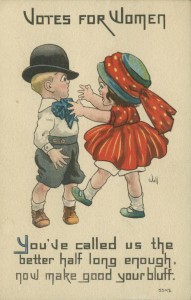 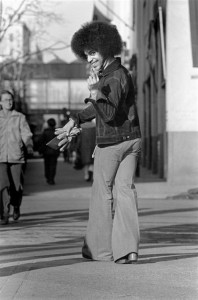 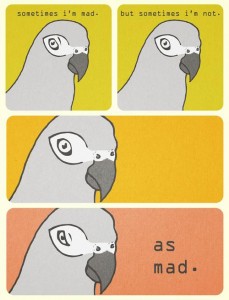 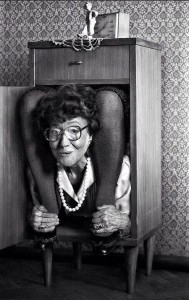 Henry VIII’s late life tyrannical behavior may have been the result of head trauma. A 12-year old girl in India has ants that seem to spontaneously come out of her ears EVERY FUCKING DAY. A phone hacker is kickstarting a service to fight telemarketers. A Florida man was banned from all Wendy’s restaurants and charged with assault with a deadly weapon when he threw an alligator into the drive-thru window. A 94 year old former Nazi has gone on trial for the murder of 170,000 people. Mothers in richer countries are having more twins. Michelle Obama called White House wi-fi “a little sketchy”. Rom-coms may promote stalking behavior. Gravitational waves may have been found. In the wake of the Flint water crisis, it’s important to note that there used to be a Lead Industries Association that was essentially the equivalent of Big Tobacco, but with lead. A bill in the US House is looking to weaken local bills that try to weaken encryption on personal electronic devices. A video game company is being sued due to unlicensed depictions of NBA players’ tattoos.

And a town in Slovenia is building a public beer fountain.

The big news for me this week was that I got called to serve Jury Duty. I would talk about that more, but technically the case is still on going, so maybe next week. Other than that it’s been a pretty quiet week.

Finished The Girl With All the Gifts. The hype from my sister and a few other people was very founded.

Warren Ellis has written a story in the Project Superpowers universe called Black Cross. It added a strange supernatural sort of element which I’m not sure it needed, but still a fun read.
Caught up on the new run of Doctor Strange written by Jason Aaron. I’m not exactly sure I like the way he’s writing Strange…There’s no calm cool collectedness to it, but more of a “HEY LOOK GUYS, I KNOW MAGIC AND I’M FUN AT PARTIES.” I’m going to see how this arc wraps up, and then make a decision if I want to drop it or not.
Speaking of Jason Aaron, his book Southern Bastards is an amazingly fun book, especially for someone from the South. The Walking Dead has hit 150 issues, and it’s still plugging away. I’ve never seen the TV show, but I’ve heard there’s enough difference that I’m not sure I would be into it.

And as far as television adaptations go, it appears there’s a version of Lucifer out now (presumably based on the Mike Carey books, which is weird, since Holly Black (who wrote the YA Spiderwick Chronicles series) has taken over on it and it is ridiculously good.

Greetings from the River of Boiling Water where the snow, like my hairline, is receding. 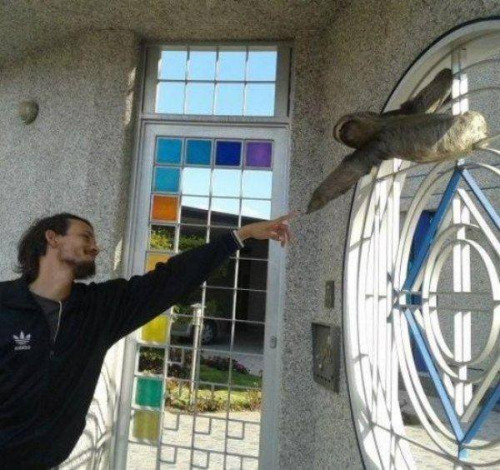 Americans spent more money on legal weed last year than on Cheetos. Tony the Tiger has no comment. In other animal news, the Dutch are training eagles to take down drones. Uber is trying to soothe drunken passengers with toys. In Italy, you can buy stocks that are backed by Parmesan cheese. There’s an excellent article about element scarcity, which seems a weird contrast to Apple bricking customer’s phones and a landfill fire in Mumbai that can be seen FROM. OUTER. FUCKING. SPACE. Twitter has opted to try out an algorithmic timeline, a la Facebook, speaking of wasted resources. Also, the UN released a pretty damning report on the state of African-Americans in the US. An Australian woman crashed her own funeral after her husband had put out a hit on her.

Sounds like it’s a good time to get a drink, which according to this report from CAMRA, is probably a good thing.

Just got back from Chicago, where I saw my first opera. Like ever. Unless you count “What’s Opera, Doc?” which I don’t think you can.

I’ve been drinking a lot of a cocktail called “The Thug” lately. Here’s the recipe:
1.5 oz bourbon (I’ve been using Buffalo Trace, but recently have realized something spicier would be better)
1 oz honey syrup (Honey and water 1:1)
.25 oz lemon juice
Scrappy’s Firewater Tincture

Mix the bourbon, honey, and lemon juice together, and strain over ice. Add firewater tincture to taste…I usually go about 5 drops/1 dash. The base cocktail is nice, but with the firewater you’re adding this really nice heat/spice element to the drink that mostly comes just in the finish.

Finally wrapped up The Devil You Know and ready to start jumping into The Girl With All the Gifts, though I also need to clean up my comics inbox. I’ve also got The Tomorrow Girl collection that I recently found and realized I hadn’t read.

Finished up The London Spy last week and sweet jeebus was the ending just as awful as the rest of it. It looks like the snow is going to hit us hard again this week, so I suspect I will be watching more television. I’ve got a lot left of season 3 of The Bridge so maybe I can work on that.

Arsenal had a terrible midweek, with a nil-nil draw to Southampton doing a decent amount of damage to Arsenal’s title chances, if we’re all being honest. That said, the goals in this morning’s 2-0 win against Bournemouth might be enough to get things back on track, even though Leicester City seems damn near unstoppable.